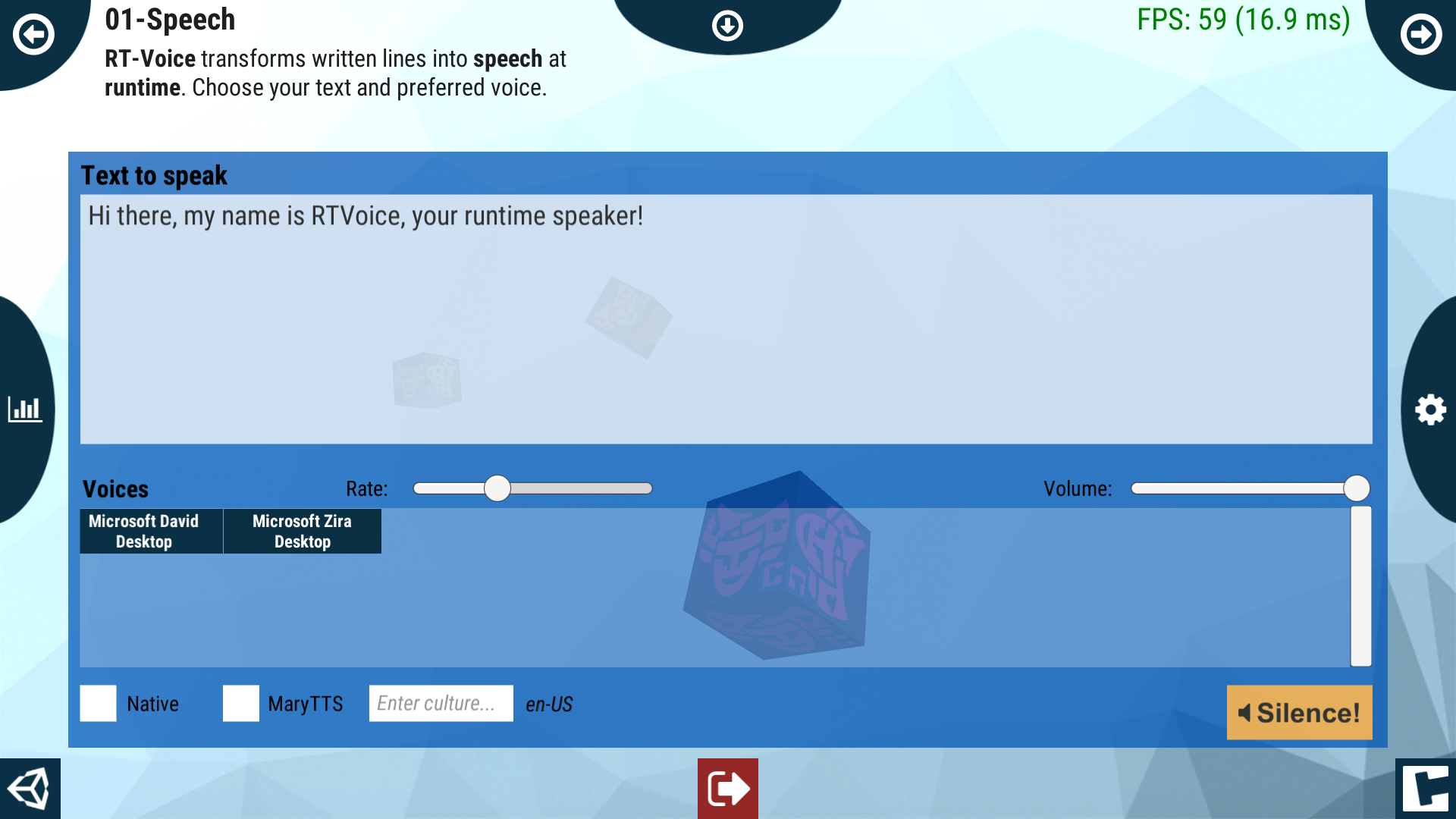 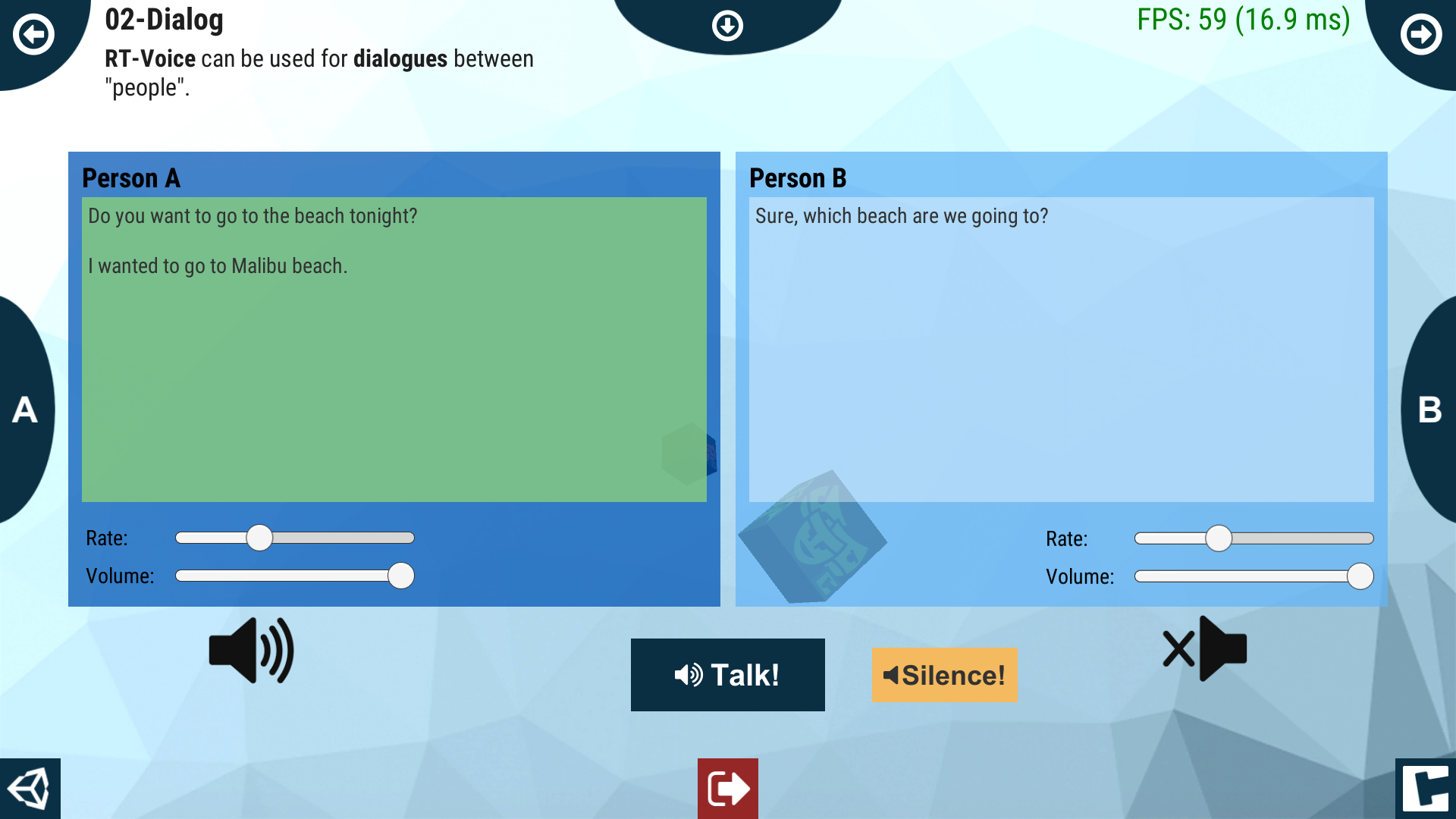 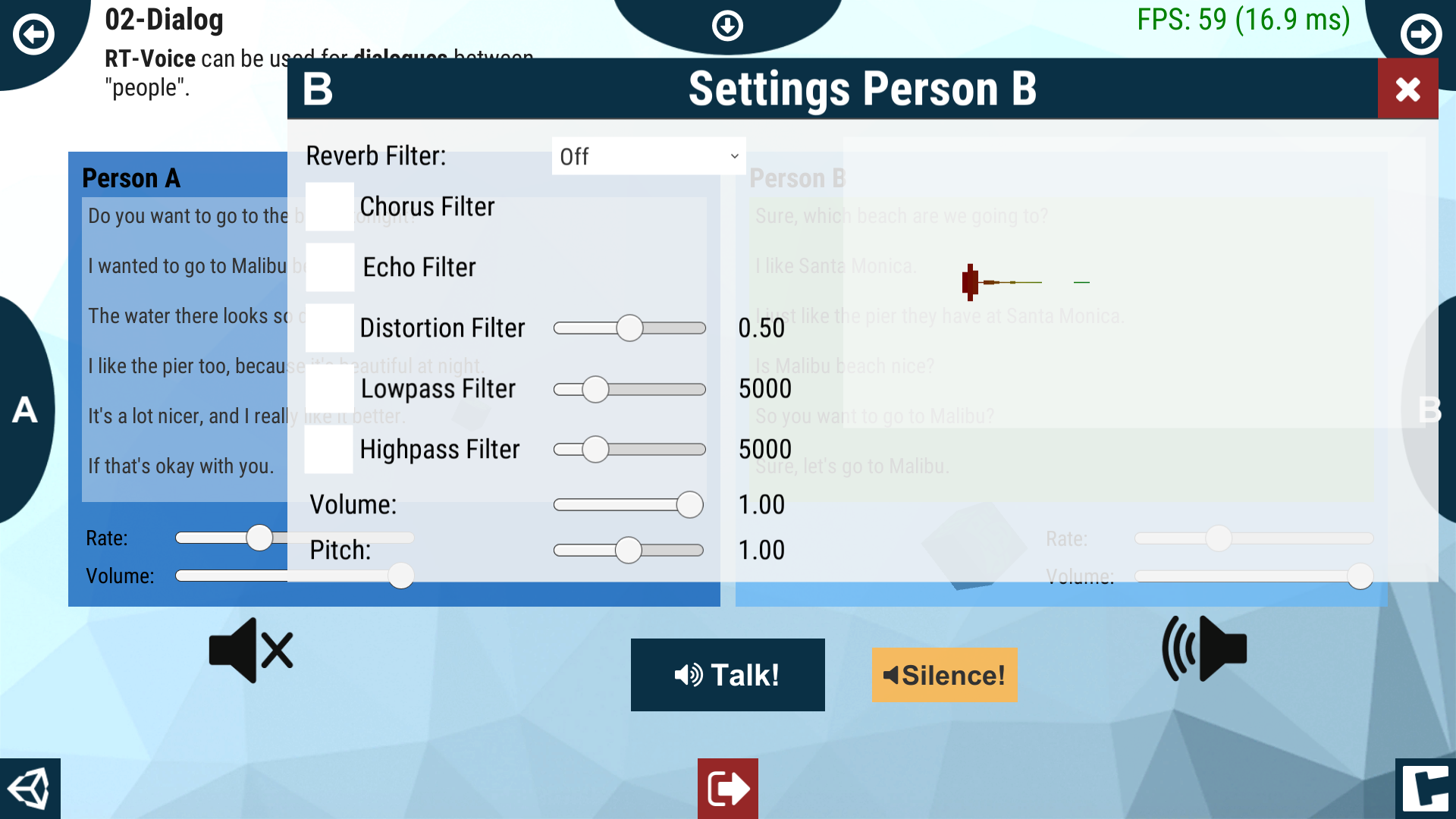 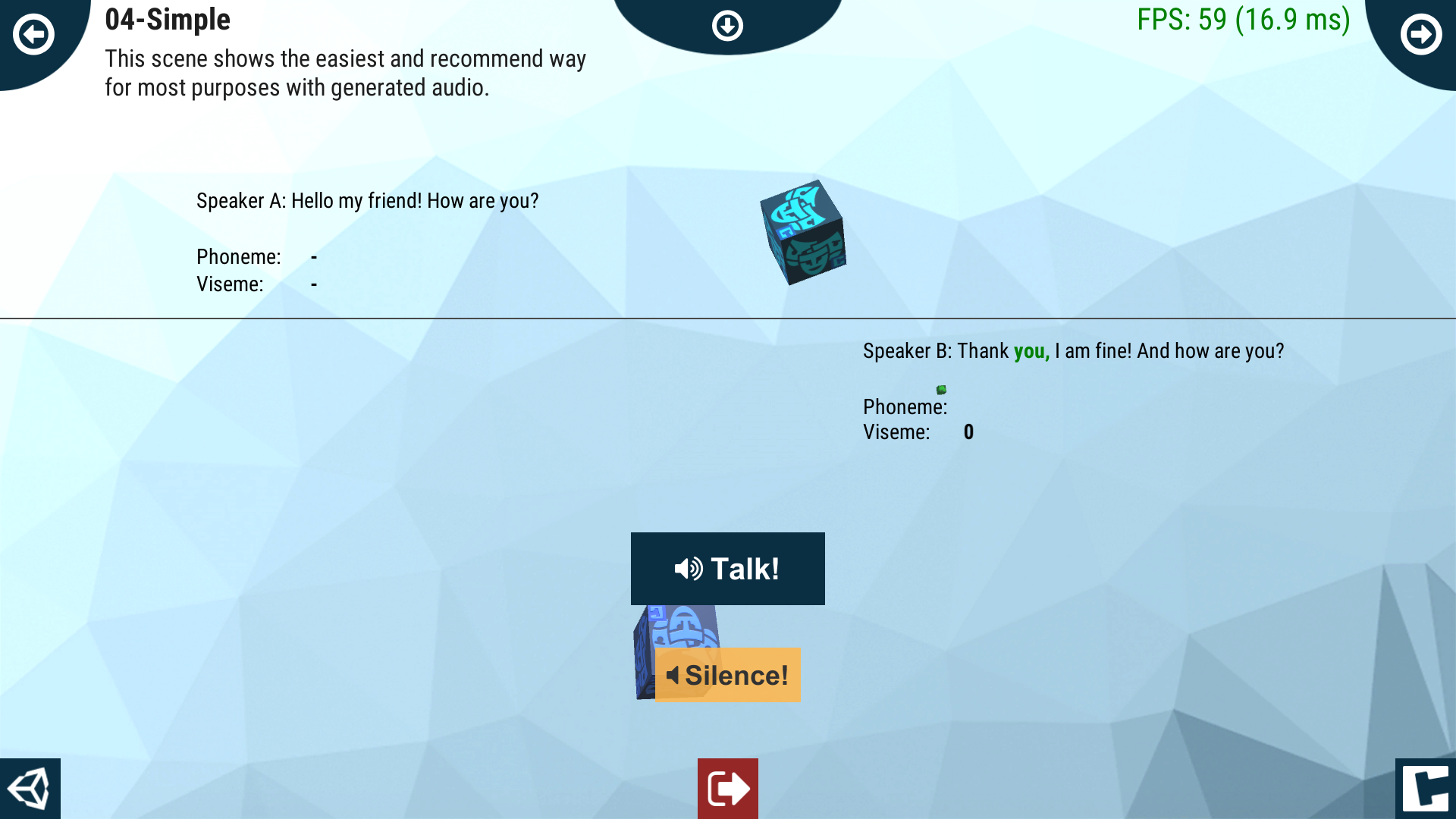 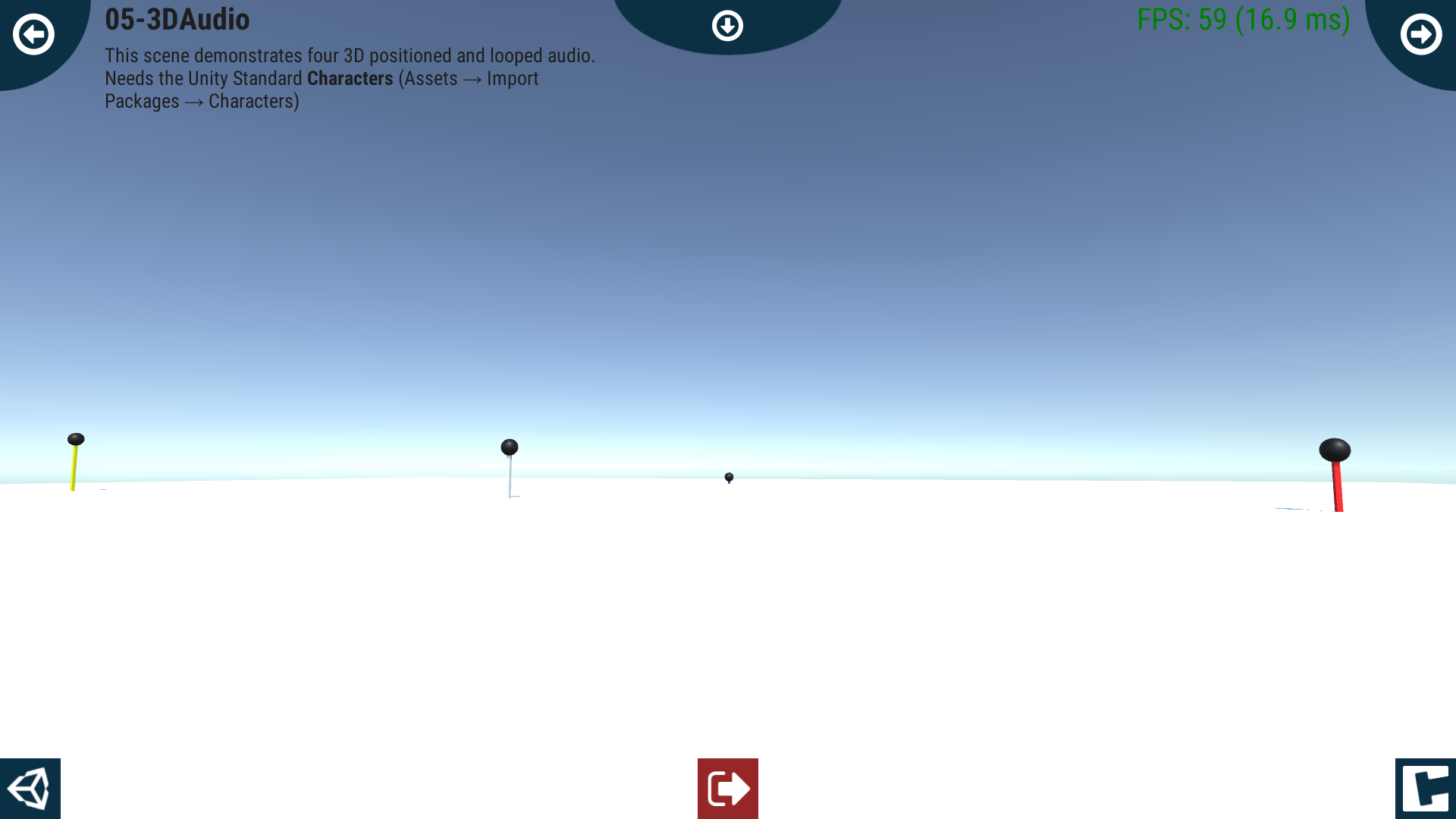 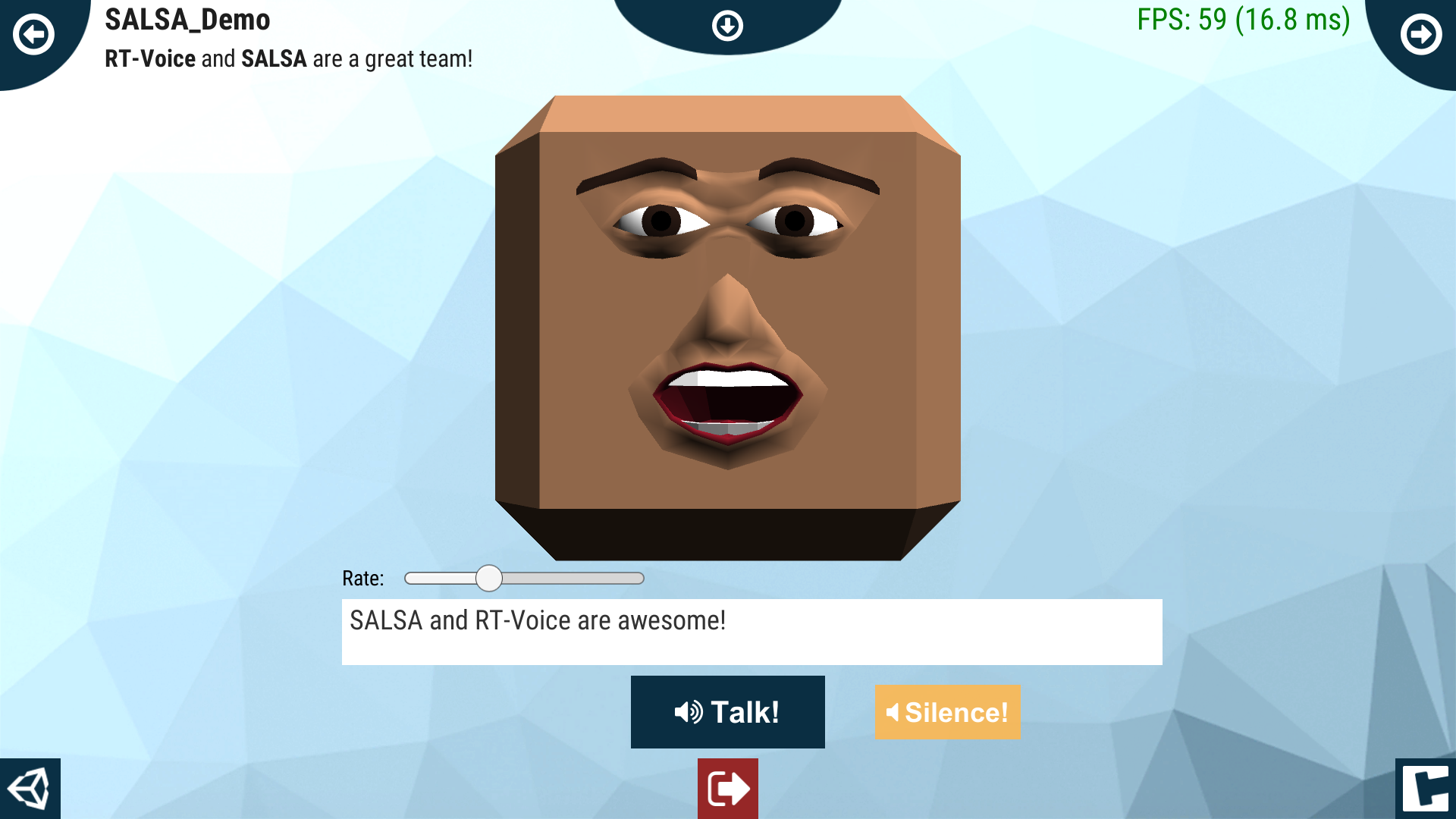 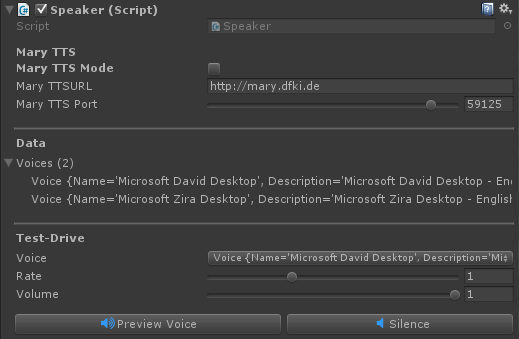 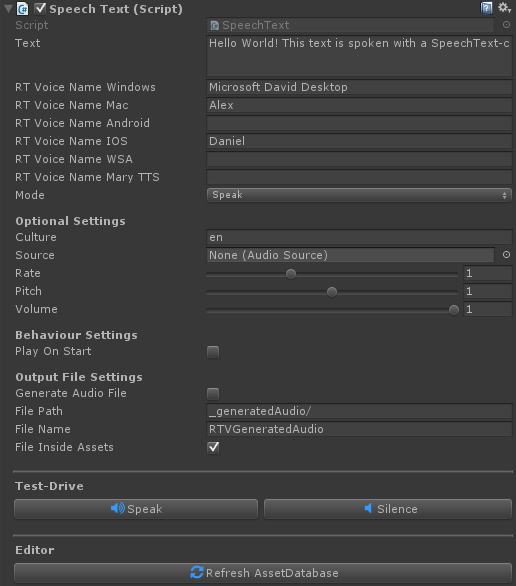 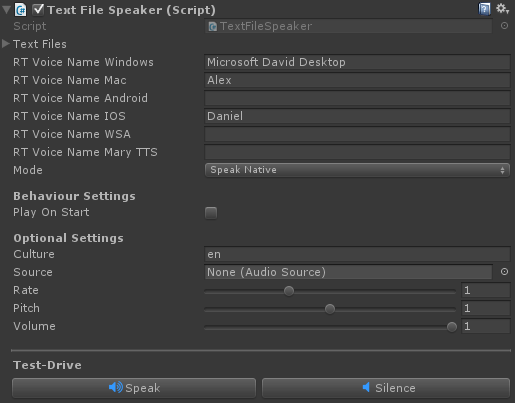 Did you ever want to make a game for people with visual impairments or reading difficulties? Or want your players to not have to read too much? Or would you listen to just the dialogues in your game without consulting a voice-actor in early stages of development? Then RT-Voice is your time-saving solution to do so!

RT-Voice uses TTS-voices already integrated in your system to pronounce any written text at runtime.

All of this happens without intermediate steps: the transformation effects instantaneously - and, if needed, simultaneously!